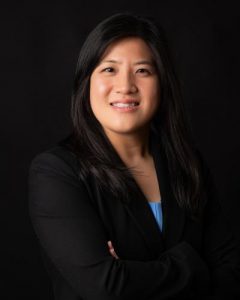 Ms. Lee is a litigator whose practice focuses on complex business, real estate, and insurance disputes.  She has represented and counseled clients in a variety of matters, including breach of contract, insurance coverage, real property disputes, and intellectual property.  In addition to practicing in both federal and state courts, Ms. Lee has also practiced before the International Trade Commission.